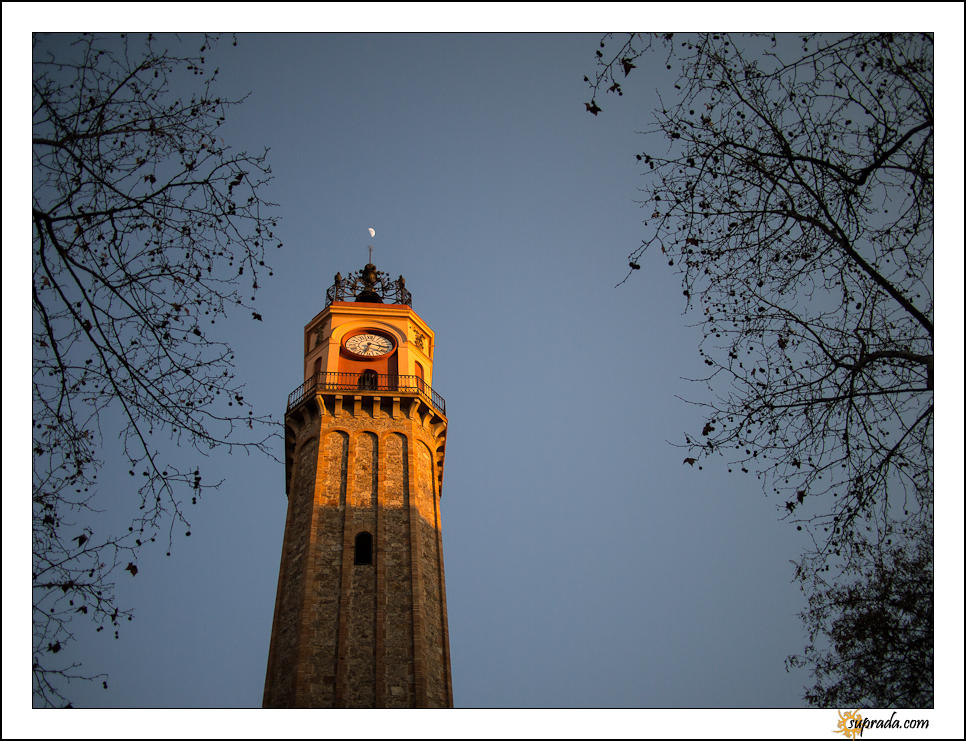 We visited Parc Guell in Barcelona, and decided to walk to this square which the person at the apartment we were saying told us about. Actually, we wanted to take a cab – but no cab was ready to take four adults and a three year old – and since we didn\’t know exactly where we wanted to, we decided to walk.

The person had described the Placa Rius i Taulet as the town square of an old village, which is now a part of greater Barcelona. (I found out the name of this place today after a lot of searching! In my mind it was a town square with click tower..not very descriptive) He had told us that it was a very charming place. In the evenings, all the locals come and sit around here, order coffees or a glass of wine while the children run around and play (soccer!). It was such a great suggestion!

And it was just like what he had described. We ended up eating some tapas at a restaurant called Bo – they had yummy patats bravas and the deep fried padron peppers! Yum!