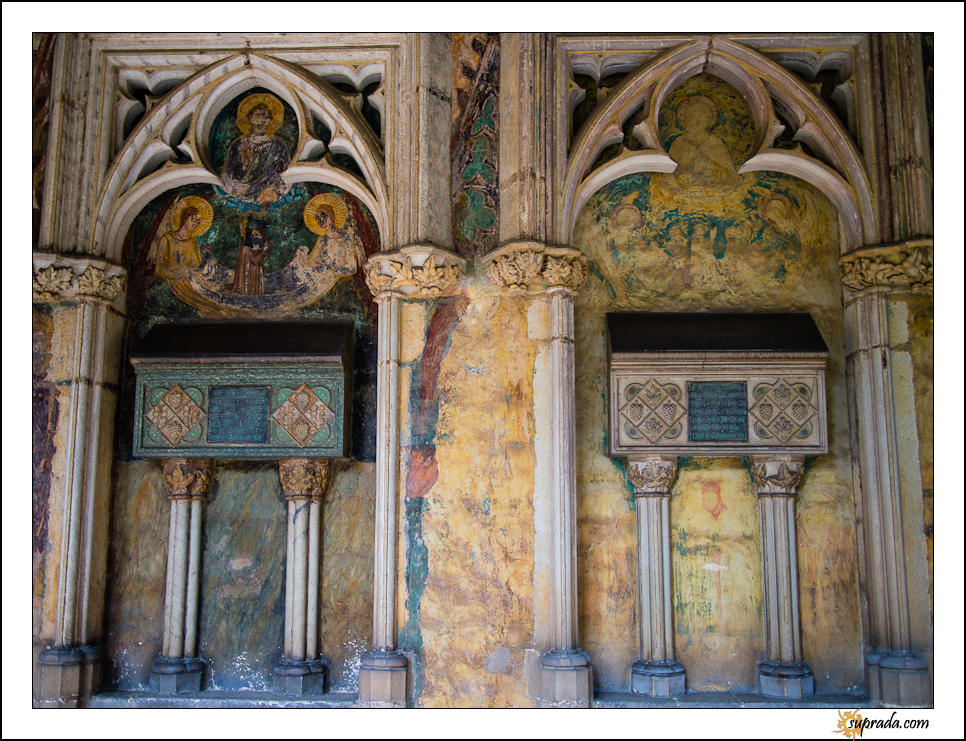 Gorgeous, faded murals on the tomb of queen Elisenda de Montcada, Jaume II\’s queen at the monastery complex at Pedrables, Barcelona. The queen\’s sacrophagus is double-sided. This is the back portion of the tomb as seen from the cloister, where Elisenda is depicted as a mourning widow. The other end of the tomb is in the adjoining Gothic church where she is depicted as a queen.

This monastery was founded in 1326 by Elisenda de Montcada as a place to retire to after the King passed away. You can read more about this monastery at Frommer\’s. Another link: www.barcelona.de.